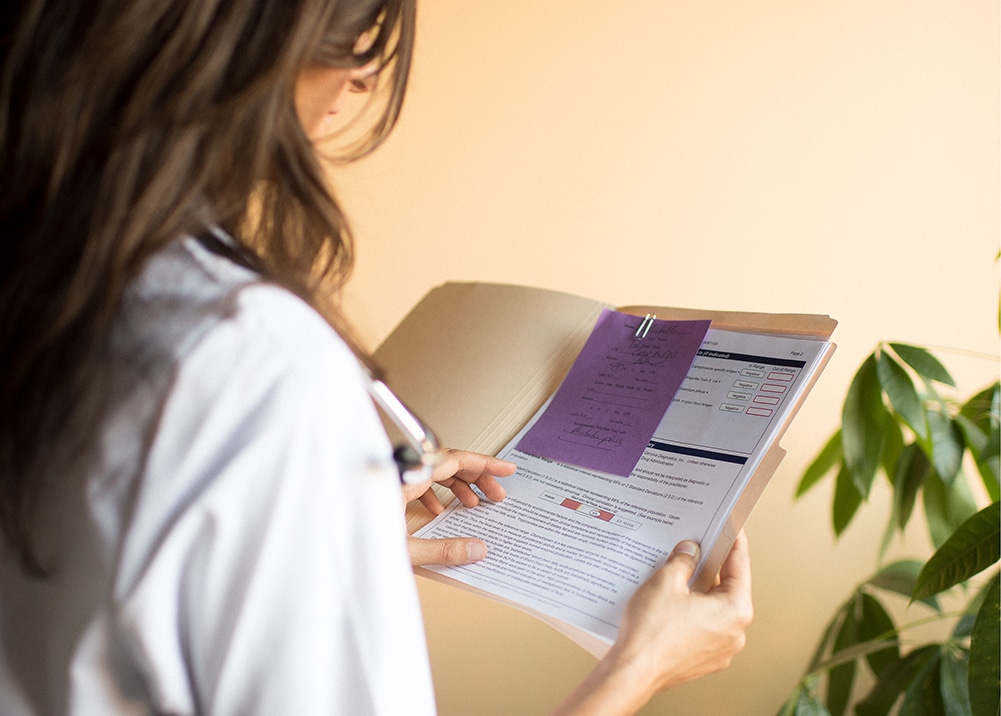 The Autoimmune Protocol (AIP), an elimination and reintroduction protocol aimed at helping those with autoimmune disease identify food sensitivities and increase nutrient-density has always been rooted in scientific evidence (see The Paleo Approach, the 2014 book written by Sarah Ballantyne, PhD, containing over 2,000 references [1]). Sarah’s work inspired many to embark on their own AIP journeys, leading to hundreds if not thousands of stories about the protocol’s efficacy for numerous autoimmune conditions (and you can read many of these personal accounts in our stories of recovery series!). Over time, some savvy and forward-thinking doctors and researchers took note after seeing positive changes in their patients, leading to medical research into the efficacy of the Autoimmune Protocol for various autoimmune conditions. This article summarizes all the scientific research that has been published to date on the efficacy of the Autoimmune Protocol.

The Autoimmune Protocol for IBD (Crohn’s and UC)


1 – Pilot study on efficacy of AIP for IBD

The first study into the efficacy of AIP was a prospective cohort study conducted by Dr. Gauree Konijeti and her team at Scripps San Diego, Efficacy of the Autoimmune Protocol Diet for Inflammatory Bowel Disease [2]. Dr. Konijeti and her team enrolled a group of 15 patients with active Crohn’s disease or ulcerative colitis to embark on a 6-week gradual elimination and a 5-week maintenance phase in accordance with the Autoimmune Protocol. Some notable statistics about the incoming cohort were that the mean disease duration was 19 years and that about half of the patients (47%) were on biologic therapy going into the study. These were patients who had long-standing disease and had not achieved clinical remission even with the use of powerful medications according to the conventional standard of care. Surveys, labs, and physician assessments were conducted at baseline, week 6, and week 11, and endoscopy, radiology, or biomarker assessments to assess mucosal healing were conducted both at baseline and the end of the study.

Intervention details: For the first six weeks, patients went through a staged elimination of foods, slowly removing two food groups per week and adding in foods to increase nutrient density in accordance with the Autoimmune Protocol. At six weeks, participants were in the full elimination phase (no grains, dairy, eggs, nuts, seeds, or nightshades) and maintained these eliminations for a 5-week maintenance phase. For both phases, Angie Alt’s SAD to AIP in SIX program was used as the model to guide patients in implementation and provide support in transitioning and maintaining the dietary and lifestyle intervention [2].

Results: At week 6, 73% of the patients had achieved clinical remission, and all of them maintained this remission during the maintenance phase of the study. It should be noted that at week 6 participants had only just finished a staged week-by-week removal of foods and entered the full elimination phase of the Autoimmune Protocol, indicating that the dietary changes were effective very quickly for these patients and that they all were able to maintain that remission for the remainder of the study. There was no difference in the rates of remission between patients with Crohn’s disease or patients with ulcerative colitis. Although patients were advised not to make any medication changes during the study, four patients discontinued or reduced their medications and all either achieved remission or measureable improvement in scores representing disease severity. There was one adverse event in the study, where a patient with a known stricture due to past surgery experienced a bowel obstruction and had to drop out. Another patient with a known stricture also dropped out due to worsening symptoms. This indicates that those who have a history of bowel surgeries need to be monitored closely by their medical team for the potential for dietary changes to lead to complications when trying a high-fiber intervention like the Autoimmune Protocol [2].

2 – Study on AIP and quality of life for IBD patients

Results: For patients who completed all surveys in the AIP IBD pilot study, SIBDQ scores improved from 46.5 at baseline to 61.5 at the end of the study, showing a considerable improvement in health-related quality of life over the period that the Autoimmune Protocol was implemented as an intervention [3].

3 – Study on AIP and intestinal RNA expression in IBD patients

A third study was published utilizing data from the original AIP IBD study, this time analyzing genetic expression in stool samples of 4 patients with ulcerative colitis that the research teams had tissue biopsies both at baseline and at the end of the intervention: The Autoimmune Protocol Diet Modifies Intestinal RNA Expression in Inflammatory Bowel Disease [4]. RNA expression was examined in tissue samples at baseline and end of the intervention and compared to determine if there were any patterns or changes. This type of analysis is experimental, but points to reasons why an intervention may be effective at producing the types of tissue-level changes seen in the AIP IBD pilot study.

Results: 324 significant differentially regulated genes were identified following the AIP intervention, with 167 downregulated and 157 upregulated. Downregulated genes included those associated with inflammatory T-cell responses that lead to autoimmune inflammation. Upregulated genes included those associated with a T-regulatory cell response that lead to immune modulation and transcriptional pathways associated with mucosal healing and DNA repair. It is interesting to take these results together with the results of the AIP IBD pilot study to see how an intervention like AIP might be working in terms of altering genetic expression in the intestine, which is the site of inflammation and damage in the case of IBD [4].

In addition to observing the effects of the Autoimmune Protocol as an intervention for IBD patients, the team at Scripps also wanted to survey those who had already successfully used AIP to help manage their IBD:  Clinical Course and Dietary Patterns Among Patients Incorporating the Autoimmune Protocol for Management of Inflammatory Bowel Disease [5]. The research team wanted to know information like how long patients had a diagnosis of IBD, if they were on medications and which ones, how they went about implementing AIP, and which foods they reacted to in the reintroduction phase.

The Autoimmune Protocol for Hashimoto’s thyroiditis

Pilot study on the efficacy of AIP for Hashimoto’s thyroiditis

A second prospective cohort study into the efficacy of AIP was modeled after the IBD study, except this time, the patients had Hashimoto’s thyroiditis, the most common autoimmune disease: Efficacy of the Autoimmune Protocol Diet as Part of a Multi-disciplinary, Supported Lifestyle Intervention for Hashimoto’s Thyroiditis [6]. Dr. Abbott and his team enrolled a group of 17 women with Hashimoto’s thyroiditis to embark on a 6-week gradual elimination and 4-week maintenance phase in accordance with the Autoimmune Protocol. Surveys quantifying symptom burden and lab tests assessing thyroid hormones, antibodies, and inflammatory markers were performed at the beginning and end of the study. Functional medicine lab tests such as urine organic acids and comprehensive stool analysis were performed at baseline.

Intervention details: The intervention was the same as the AIP IBD study that preceded it, using Angie Alt’s SAD to AIP in SIX program. For the first six weeks, patients went through a staged elimination of foods, removing two food groups per week and adding in foods to increase nutrient density. At six weeks, participants were in the full elimination phase and maintained these eliminations for a 4-week maintenance phase [6].

Results: 16 participants finished the study, 1 dropped out due to pregnancy. Clinical symptom burden in the form of MSQ decreased from an average of 92 (SD 25) at baseline to 29 (SD 20). No changes in thyroid hormone levels or antibodies were seen, but 6 out of 13 participants lowered or discontinued their thyroid hormone medication dosage, and HS-CRP decreased by 29% from baseline to end of the study (P=0.0219).

The Autoimmune Protocol for rheumatoid arthritis

Qualitative research on the efficacy of AIP for rheumatoid arthritis

Julianne Taylor is a nutritionist based in New Zealand performing research for her postgraduate diploma [7]. Part of her research involved interviews with 10 people who had been successful using the Autoimmune Protocol to manage their rheumatoid arthritis. She conducted a series of 90-minute interviews to learn how they implemented AIP, how they decided what to eat and what to avoid, and the foods they perceived as problematic or safe to eat. The group included 1 man and 9 women, mean age 41.7 (28-60 years), and mean time on AIP 2.9 years (6 months to 5 years).

Results: Julianne reported a few themes in her interviews. First, most patients had been introduced to AIP through a holistic practitioner, and decided to try it when they read anecdotal evidence of efficacy. The most significant barrier to implementation was changing to a restrictive diet, and most participants reported planning ahead with a specific start date and making a cold-turkey transition. The most significant barrier to maintaining the diet was the attitudes of others, and having the support of at least one person was instrumental in success in maintenance. The primary motivation for staying on the protocol was the lack of pain and all participants reported it was worth the effort. You can read more about Julianne’s research here.

Pilot study on the efficacy of AIP for eczema and psoriasis

In 2020, a third research team performed a prospective cohort study on the efficacy of AIP for eczema and psoriasis. Like the IBD and Hashimoto’s studies, Angie Alt’s program SAD to AIP in SIX was used as the intervention. While there were some lab delays during the pandemic, we’re expecting the results to be published sometime in 2023! We’ll update this article when we know more.

Conclusion: What we know, and what we don’t know

While current research into the efficacy of the Autoimmune Protocol as an intervention for autoimmune disease is promising, we have to be realistic that it is in its infancy. Critics are quick to point out the small sample size of the pilot studies and the nature of self-reported data in the surveys. Those who are familiar with the research process know that you have to take small steps before you can take large ones. A “pilot” study provides as a proof of concept, to show safety and that there is something there worthwhile exploring further. From here, interested research teams can build on what has been explored to date, and design larger, more controlled studies that can better add to what we know about how dietary and lifestyle interventions can help those with autoimmune disease live healthier lives.

My hope is that after reading this review, you are excited about the state of AIP research, and eager to learn more. I’ll be updating this article with new research as it comes in, so stay tuned!